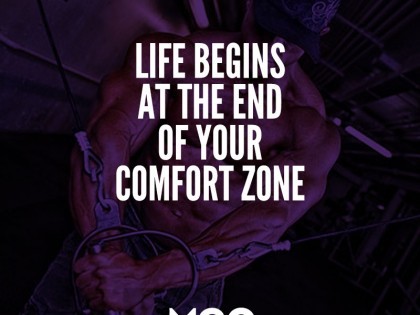 This story is dedicated to my very best friend Tracey. She is a real fighter and I think what she has proven recently can be applicable to us all.  Today's message is: When you want something badly enough, you fight for it.

Trace and I go back a long time, we met in our early 20's playing sport and we went on to buy property together under a joint venture agreement, but mostly we've just hung out and had lots of fun times.

She's recently had to fight hard to win a battle with a large government agency. You see she missed out on a promotion after spending about a year preparing for it.  There was a dispute in her application that led to her just missing out by only one placement.  This had massive implications on her career path, not to mention her emotions.  She didn't miss out because she wasn't good enough. She was aware of a discrepancy that meant that she actually should have been accepted but due to certain circumstances I can't talk about, she didn't make it.

She could have gone one of either two ways.

She could have accepted 'fate' , moved on and forgotten about her dream of making it to this level.

Or, she could be very brave, speak up and expose the person and agency for the error that had occurred and fight for what she knew she deserved. This was not the easier option.

I'm proud to say Tracey took the second option. She spend a crazy amount of time researching the applicable Acts and becoming very familiar with her rights.  After her initial complaint fell on deaf ears, she engaged the best solicitor she could find who specialised in this area. She worked with him to ensure that the correspondence sent out truly represented her and what was in her heart. It wasn't too long before the agency virtually admitted guilt (in a roundabout way) and she received a personal phone call from the 'big guy'.  He offered her a chance at the role she was so focussed on achieving. She still has a lot of work ahead of her before she can be awarded this role. All she wanted, was an equal chance, one she had fairly won but was not given.

I have no doubt in my mind that she will not only achieve accreditation but exceed all expectations because she is determined.

My friend has drive. She is focussed on what she wants and she will get it. I know she will.

I can't help use Tracey's story as inspiration. I think to achieve our goals, there is nothing better than having a very focussed mind, a firm understanding of why we want to get there and then, if we can, add in a sprinkling of emotional energy we have a very powerful force.

So what is it that you are trying to achieve and do you want it badly enough? What are the emotions behind your goal? Is it to set up your financial future so you can spend more time with loved ones? Is it to know that the people you love will have enough?  Is it to retire early and have more fun?

Many people I speak to want property investing to be their financial saviour.  It can be, but what you need to bring to the table is focus, determination and a strong passion to stay on track and drive your investment strategy.  If you want it badly enough, are focussed and have done your homework, you can achieve anything.