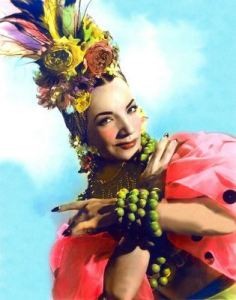 In a shared cab on the way home from my brother in law’s birthday party (whilst dressed as Carmen Miranda) I asked this bloke who was a friend of the birthday boy, what he did?  By the way, it was a Rio Carnival party; I don’t normally go out with fruit salad on my head!

He said he had an importing business. I have a curious nature at the best of times, but after a few drinks I can be subtle yet blunt with my questioning. It doesn’t seem to offend anyone and I end up learning about lots of stuff I would never have known about.  I am truly interested to hear about other people’s stories.

It wasn’t long before this normal looking chap told me he had just finished a million dollar new home build after knocking down in an area that I knew he would have paid well in excess of a million in the first place. I thought to myself ‘ok, who has a lazy mill to spend on building on essentially a block of land that has cost him that much?’

Next question; ‘by the way…what do you import?’

Turns out this very clever bloke had a science background and was importing drug testing products and distributing them to the mines.  The mines need to test their employees daily to ensure they are ok to operate all the heavy machinery.

Can you imagine the volume of this market?

After some quick, unofficial research, I’ve found that over 200,000 people work in the mining industry. I’m not sure how many of these will need testing daily, important fact… Daily.  Daily testing is required. So let’s say if only half these people need daily testing, then that means, conservatively over 36 million tests need to be performed a year.

He’d found a great niche and built his business not only on the back of our resource boom, but also the strong Australian dollar as he was importing from the USA.  He had low overheads, and his supplier had just bought a fair whack of his company, making him a multi, multi millionaire.

He was so unassuming yet so entrepreneurial.  I said “you should be on Australian Story or something!” and he said he wasn’t interested, just wanted to “fly under the radar”.  He’d taken advantage of economic situations.

Seizing the opportunity is what a successful entrepreneur does.

Here is another example, I have a close girlfriend who has a corporate coaching business and years ago started targeting China. She has done unbelievably well by taking her expertise to China where they needed to learn about such things as office etiquette as a small example. Many Chinese were moving to cities from rural areas and they had no corporate experience. My friend taught them how to interact in an office environment, among many other things. Guess what, she doesn’t even speak their language but the energy she gave out showed them she was there to make a difference and very soon she’d earned their trust without saying a word (in their language). How cool is that?

How much of the opportunity we grasp really depends on us.

So what are some of your opportunities right now?  Consider this:

Big tip…check out the Hunter Region of NSW, it’s ticking all these boxes and more if you are looking for a solid investment area.

We’ve been a bit entrepreneurial with our business too. What we offer is different; essentially it’s a hand of opportunity for those who want to grasp it and for those who are ready to take the next step into property development.