Inspiration is All Around Us 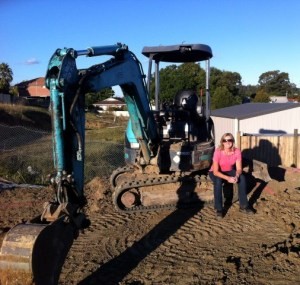 What a special day it was yesterday…a real contrast for me.

I attended my Uncle Phil’s funeral and saw two Aussie women win Gold at the Olympics.
My morning started by watching the awesome efforts of both Sally Pearson and Anna Meares, who won Olympic Gold medals for Australia.
I listened with a tear in my eye as Sally Pearson (100m hurdles) told the camera and everyone around the world, what she had said to herself before her race.
“I want this, it has to be mine…it can’t go any other way…”
These powerful words saw her take out the Gold. She had already won it in her mind.
Then I heard the story about Anna (sprint cyclist) who in 2008 fractured her neck, dislocated her shoulder and tore ligaments and tendons when she crashed her bike at 65kms per hour.  She was 2mm away from needing life support to breath for the rest of her life.  Here she was today winning Gold (beating the Brits too!).
What struck me about these two women was focus and determination.
Back to my morning…once I had the kids sorted, I headed off to Uncle Phil’s funeral in Sutherland in Sydney’s south.  I arrived to find the funeral parlour filled with lots of different people; old family friends, air force colleagues and Qantas pilots.  Uncle Phil had served his country in the RAAF then worked as a commercial pilot for many years.  The stories told at his funeral of his tough upbringing in Queensland, unwavering support for the Cronulla Sharks (that’s commitment!) and successful career and family life was touching. Uncle Phil had achieved a lot in his 90 years of life, the word they described him as was “Steadfast”.
The inspiration that I received today was amazing…the theme I was seeing for the day was;
Focus, Determination and Steadfastness.
In the morning, I was jumping up and down and full of pride as I watched our awesome Aussie women win Gold Medals at the Olympics.
Then, later in the day, I found myself reflecting on what has been an equally awesome achievement of my Uncle, who I most remember for being pretty hard nosed and strict on us kids, but he was obviously focused, determined and steadfast in order for him to achieve what he did in his life.

My take out of today is:
When I started investing in property 12 years ago, my motivation was my family’s future (and still is).  I was pregnant with my first son and realised after reading a life changing book, that if we didn’t take responsibility of our future then we’d end up at the mercy of others (government pensions).
So instead of kicking back and relaxing whilst pregnant, I studied and sat in lecture halls whilst my ankles swelled.
Then I worked two jobs so that I could be in a position to borrow enough money to invest and pay my half of our home mortgage. I purchased my first investment property at 7 months pregnant and sold it when my son was 3 months old, netting $120,000.  That was my first property investment experience and I was hooked.
Not long after my son was born, I also started my own business. My husband worked full time.  As we raised our son and then had another, I grew my business to what is now a very successful property development project management business.
This has not been easy by any means. I’ve stayed steadfast during times when it would have been easy to give up.  I’ve been determined to change our situation and thus our future as quickly as possible.  I knew I couldn’t afford to wait until the kids are older; I needed to increase the momentum, using the time during growth spurts and starting school to invest in property.
I haven’t missed anything vitally important but I had vitally improved our retirement prospects.
I’ve focussed on my goals and 12 years later, I’m achieving great things.  Maybe not as magnificent as those women who won Gold today, or my Uncle Phil’s but things I’m incredibly proud of.
http://www.propertybloom.com.au/
Posted on 9 August, 2012 by Jo C  |  permanent link
Categories: Property Insights