Let’s get this party started 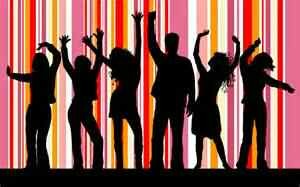 I reckon 2014 will be a fabulous year for property investors. It’s the year where we will start to see the impact of interest rates that have dropped steadily to a record low over the past 12 months.

We’ve seen the Sydney (and other areas) real estate market start to fly and I wonder if it will reach the dizzying heights of 2003 - no matter if it doesn’t - as it’s already shown that we have regained our confidence after we all took a massive hit worrying about whether we would survive the Global Financial Crisis (GFC) in 2007 which lead to a global recession of which some countries are still battling – worse they say than the Great Depression of the 1930s.

In Australia, during the GFC our resource sector seemed to hold us up as we fed China’s growth, There was a rapid rise but then the ‘slow down’ hit in late 2012 as China’s demand softened and we  transitioning from a construction to a production phase within the mining industry. This has had an impact on our economy over the past couple of years. And a change of Federal Government last year may be the icing on the cake of change. Change is what we need after weathering such a big storm.

We’ve survived some amazing historical events that we’ll look back on in years to come and brag to our kids about. “When I was young the entire financial world nearly collapsed, banks and even countries had to be bailed out and the stock and housing markets crashed...’

I think 2014 will see the wings of change that will lift us to soar again.

When I made my first property investment it was the year 2000 and I had spent a considerable amount of time and money on my ‘Property’ education (more than my uni degree). I was lucky to start investing in an up market but didn’t really appreciate this till years later.

What I’d like to say to investors now is - you may well be looking at a window – a window of opportunity – one that won’t always be there. The record low interest rates will increase. The affordable property will become more expensive.  The government incentives may be withdrawn.

Get in and stay in. It’s the time in the market where you can make some serious money. Not a short time but a long commitment is needed.

Study the market but don’t take too long before you venture in and remember, you need to allow funds to be able to hold your property long term to take into consideration the times you cannot predict – use your memory of the GFC as an example of what crazy stuff can happen.