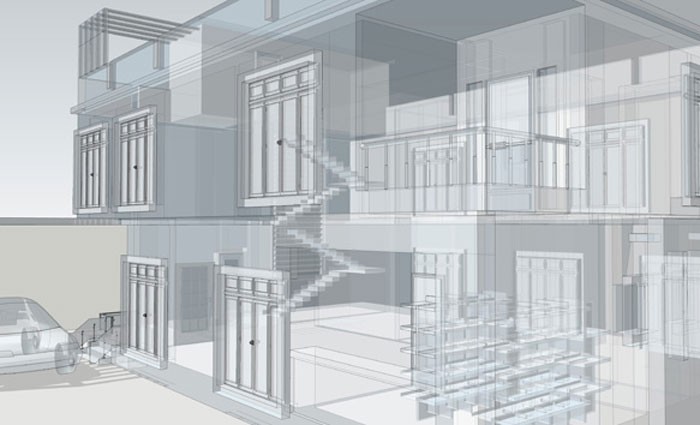 Last week's article generated a lot of interest and several phone calls. It was about comparing the numbers on a larger development with a dual occupancy project. The main take out from the people I spoke to, was that whilst it would be nice to be able to fund an eleven unit project, the reality is that a two unit project is much more achievable.

One call came from Ian who lives in Sydney. Ian explained his frustration at trying to buy land to build a duplex on in an outer suburb of Sydney. He told me that at one land release he'd been to, a bus load of people (who he described as 'foreigners') arrived and camped out to secure land to bank.  Land banking is the practice of holding land for future use or sale. It's usually done be land developers who may buy Greenfield sites and wait for rezoning or hold larger parcels of land to develop later.

I found his story amazing and it only confirmed that the Sydney market is crazy (like we didn't know that already!). I don't think it's fair that this kind of thing is going on. Ian asked about the typical cost of a dual occupancy project in the Newcastle area, where we are currently developing. There was a long pause on the phone after I told him it was around the $740,000 mark. That cost includes the land and construction of two, three bedroom, two bathroom single story villas including a Torrens title subdivision.

"Ian, are you still there?" I thought the connection had dropped out. He said, "Yeah I'm still here, did you just say $740,000?". I confirmed that and he went onto tell me about a TWO bedroom apartment he'd looked at purchasing as brand new in Ryde in Sydney's north west priced at $915,000.  Now it was my turn to be silent. Wow. that is a lot of money for a two bedder.

Let's compare value for money here. On one hand we have two x three bedroom properties on separate Torrens title and on the other hand we have one x two bedroom apartment on a strata title.

The depreciation benefits on the Ryde apartment may be around $15,000 in year one using the Diminishing Method and the two villas in Newcastle will achieve around $22,000.

The Ryde investment will be negatively geared and the Newcastle investment should be cash-flow positive. This will depend on the owners taxable income.

Capital growth rates over the past three years are similar with Ryde at 20.2% and Newcastle at 23.2%. source RP Data.

But there is one very important difference between these two investments which makes one much more sense than the other.

By building two dwellings and subdividing, we are creating a big chunk of equity through the development process. This is called the 'developer's margin'. This gives you a nice buffer that can stay in the project or can be drawn out after refinancing to use to continue on your investment journey.

Which investment would you choose?